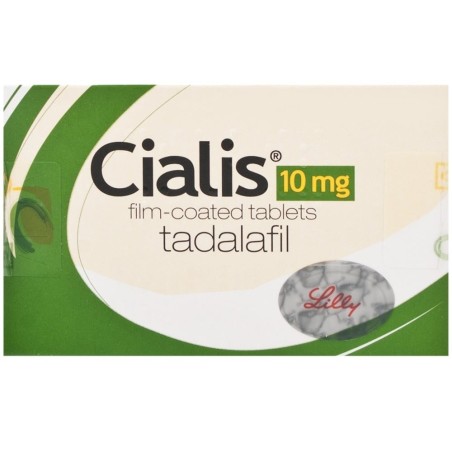 Cialis is an oral medication used to help men with erectile dysfunction (ED) and enlarged prostate.

Cialis belongs to a group of medications called phosphodiesterase type 5 inhibitors, which relax muscles and improve blood flow in certain parts of the body. Cialis is most often prescribed to men with erectile dysfunction (ED) and is taken prior to expected sexual activity.

Generic Cialis, called Tadalafil, is also available at some online pharmacies. You will need a valid prescription from your doctor to buy Cialis or Tadalafil generic. The generic alternative is not manufactured by the company that makes the brand product.

What is Cialis used for?

Cialis and Cialis generic are prescribed to both men with erectile dysfunction and enlarged prostate.

Erectile dysfunction is a common condition where a man has difficulty getting or maintaining an erection. Cialis is an effective medication for treating ED, which often develops as a symptom of other cardiovascular conditions that block blood flow to the penis. It can be caused by certain medications, diabetes, nerve damage, low testosterone, and other physical reasons. ED can also be caused by psychological problems such as stress, anxiety, or depression. Men may find that their sex lives suffer as a result of ED.

Cialis or generic Tadalafil may also be prescribed to relieve symptoms of enlarged prostate, also known as benign prostatic hyperplasia (BPH). This condition is common in aging men; about half of all men between the ages of 51 and 60 and up to 90 percent of men over age 80 have BPH. Cialis relaxes the smooth muscle in the prostate and bladder to alleviate BPH symptoms such as difficulty urinating and the need to urinate frequently or urgently (including in the middle of the night).

What to know before taking Cialis

As with all prescription drugs, there are potential side effects of Cialis and generic Tadalafil.

Some people may experience:

During treatment with Cialis or generic Tadalafil, let your doctor know immediately if you experience sudden vision loss or an erection that lasts more than four hours.